Another salvage project by Netflix, “You” went from a Lifetime also-ran to a social-media sensation, with its twisted lead becoming a sort of latter-day “Dexter,” heavily narrating his bizarre story. The third season continues to balance that delicate juggling act, with a wife, baby and life in suburbia merely adding to the chaos, and for the most part, macabre fun.

– Advertisement –
Much of that has to do with Penn Badgley’s perfectly pitched portrayal of Joe Goldberg, the tech-savvy stalker whose infatuations burn brightly but seldom end well. After two seasons in which he has always appeared to be one step ahead of the guillotine, Joe has married Love (Victoria Pedretti), directs much of his narration at his infant son and speaks (at least in his own head) about becoming a better man for both of them, but seriously, who’d want to watch that?
Season three begins with Joe and Love experiencing some of the joys and many of the headaches associated with parenthood, before a flirtatious neighbor complicates his attempt to turn over a new leaf.
Anything beyond that lands squarely in the “spoiler” zone, but suffice it to say that the ‘burbs are filled with happy, smiling people that Joe frequently finds annoying or just plain odd, and some of them are unlikely to survive all the way through this year’s 10 episodes. Of course, the fact there’s some seriously twisted stuff going on behind the picket fences and perfect lawns doesn’t help matters.
One of the challenges of “You” involves dancing up to that line in telling its story from a sociopath’s perspective without completely toppling over it, creating situations that are edgy without becoming downright distasteful. In that regard, there’s a fair amount of cheating in portraying the seemingly ordinary souls in Joe’s orbit as being screwed up enough that it’s possible for him — and by extension, the audience — to see justification should something bad happen.
Joe’s nuclear family certainly adds to the degree of difficulty, and credit the producers with mostly navigating those guardrails as the series remains both tense and darkly funny. Joe can be very clever, but his plans have a habit of going wildly awry, leaving us privy to his panicked internal monologues.
While Season 3 certainly doesn’t disappoint, the disclaimer would be that this is one of those shows — like spiritual daddy “Dexter,” which makes its own return next month — where less might ultimately be more in contemplating the length of its run. As amusing as it is watching bad guys have bad days, this is one of those wells that doesn’t — or shouldn’t — possess a bottomless supply of last-minute escapes.
Joe becomes easily infatuated and obsessed, which in a sense makes him a perfect surrogate for the streaming age. “You” dodged a bullet with its move to Netflix, generating the kind of pop-culture footprint that the series likely never would have enjoyed on Lifetime.
Perhaps that’s why every season beyond the second, frankly, feels like gravy. And while this go-round sets the stage for more, as Dexter discovered, even a handsome sociopath should recognize the perils of staying in one place too long.
“You” Season 3 begins Oct. 15 on Netflix.
Tags: NETFLIX TV 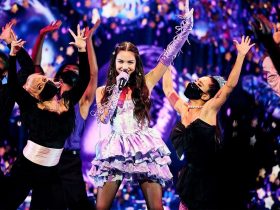 Cheryl Burke: My Divorce Has ‘100 Percent’ Tested My Sobriety 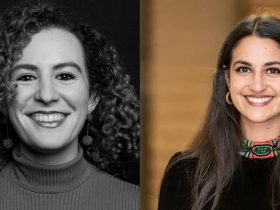 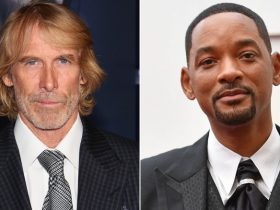 Michael Bay is eager for the Will Smith slap to be forgotten.